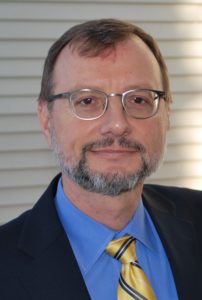 Not Having Your Day in Court

The Edmonton Journal had a front-page article on July 16, 2018, about a Court of Queen’s Bench Announcement for Consultation about the mandatory Alternative Dispute Resolution (ADR) rule. The newspaper reporter wrote about the need for more court resources, and completely missed the point that the QB mandatory ADR rule is meant to nudge litigants to attempt to settle through ADR, and avoid trial.

QB adopted a mandatory ADR rule in the new 2010 Rules of Court, (a combination of Rules 8.4(3)(a), 8.5(1)(a) and 4.16(2)) It requires litigants to attempt an approved ADR process before being allowed to schedule a trial. This rule reflects the public policy of encouraging settlement where possible, rather than trials in adversarial litigation.

In February 2013, QB suspended enforcement of the mandatory ADR rule. The Court could not meet the spike in demand for Judicial Dispute Resolutions. JDR is a type of mediation provided by QB judges at no cost to litigants. Rather than simply direct litigants and their lawyers to the other ADR options readily available to them under the Rules, then-Chief Justice Wittmann decided to instead suspend the entire mandatory ADR rule until the Court has obtained sufficient Justices and resources to meet the demand for JDRs.

Five years have now passed, and it is extremely unlikely that QB will ever be able to satisfy the spike in demand for JDRs. On July 9, 201,8 QB released an Announcement for Consultation giving details about a proposed pilot project to again enforce the mandatory ADR rule in Edmonton and Calgary. In September 2018, Chief Justice Moreau met with approximately 40 ADR practitioners in private practice to explain the announcement and how she plans to encourage litigants to use ADR options other than JDR. The only change in how the rule will be enforced is that the already existing $600 fee to set a matter for trial must be paid up front before litigants are allowed to book a JDR. Practitioners at the meeting agreed with Chief Justice Moreau that up-fronting payment of the $600 fee will likely change the perception that JDRs are free, and make the public more likely to chose other, more readily available and equally effective ADR options set out in the rule. One point of contention at the meeting is was why Collaborative Divorce is not on the list of court-approved ADR options.

Family law matters will be exempt from the up-front payment of $600 to book a JDR, and extra JDRs are being scheduled for family matters. As well, a companion pilot project for early resolution of family matters is currently being proposed for Edmonton in 2019. That pilot project will require self-represented parties in a parenting or child support dispute to attempt a dispute resolution process before being allowed to bring a court application. A separate initiative for mandatory pre-trial conferences in family files and to increase the number of early intervention case conferences started on September 1, 2018.