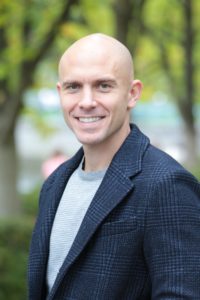 The division of property after separation in a common law relationship is going to change dramatically in Alberta on January 1, 2020.

After this date, common law couples will have the same rights to property as married couples as a result of Bill 28 which will amend the Family Law Act in Alberta. That means that they will share all property accumulated during the common law relationship on a 50-50 basis after separation unless there are assets which are exempt from shared division, but these exemptions will be the same as for married couples.

Family law in Alberta has always treated common-law couples differently than married couples. At present, common law couples, after separation, must rely on arcane legal doctrines to divide any property accumulated during the relationship. This includes resulting trusts, constructive trusts, unjust enrichment and other family law claims which are complex and provide vast discretion to the judge hearing the case. On the other hand, married couples, upon divorce or separation, can rely on the matrimonial property act which outlines a simple formula for the division of matrimonial property. All property accumulated during the marriage is divided 50-50 between the parties unless it meets one of the exemptions like an inheritance, damages one party received in a legal claim, or gift from a third party. Any increase in the value of exempt property is equitably divided between the spouses. As a result of the changes to the Alberta Family Law Act, which will come into force on January 1, 2020, property division for common law couples will be the same as for married couples.

These changes are significant, long-overdue and will affect many relationships in Alberta

Family lawyers have long complained that the rules for property division for common law couples in Alberta are too complex, uncertain and quite often unfair. Because of the discretion afforded to judges hearing these cases the outcomes for common law property division in Alberta have been inconsistent. This has made it very difficult for lawyers to advise their clients about their potential outcomes. The complexity of these legal doctrines has also resulted in costly litigation after the breakdown of a common law relationship. As a result, spouses in common law relationships have had a much more difficult time making property claims than married spouses.

These changes will create significant liabilities for people in common law relationships, many of whom will not know that this law will come into force. This type of family law regime creates a system where people entering into relationships need to opt out of equal property division. This can be done by way of a prenuptial agreement or cohabitation agreement.

For more information on the upcoming changes and how they may affect your common-law relationship, contact Marcus Sixta, Collaborative Family Lawyer in Calgary.